COVID-19 is only compounding the current maternal and infant health crisis facing our nation. While much remains unknown about the virus and its effects on pregnant women, unfortunately, we know from past public health emergencies that pregnant and lactating women are often overlooked as interventions to prevent or treat the disease are developed and distributed. As we face this public health emergency together, it is more important than ever before that we continue to fundraise and rally to fight for the health of all moms and babies. We need your help now more than ever!

I want to reassure you that our March for Babies celebration is still on! We need your help in continuing to rally the community around our cause for healthier moms and babies. We rely heavily on the engagement and fundraising activities in the time leading up to our event to support research, advocacy, and programs dedicated to moms and babies. We are excited to share new, virtual ways for us to connect and fundraise in the coming weeks. We will share more details here and by emailing our participants.

Top fundraisers
1
Stephanie Jansen
$1,705
2
Kaitlyn Scott
$1,667
3
Laura Beres
$1,540
Top family teams
1
Super Noah, Super Strong
$2,629
2
MFB MKE
$1,792
3
Fight like a Preemie !
$1,525
Top non-family teams
1
Children's Hospital of Wisconsin - Milwaukee
$2,235
2
Milwaukee Admirals
$1,746
3
FBLA - WI - Muskego High School
$1,705
*The total amount displayed reflects the amount on the team or personal fundraising progress bar. If the progress bar is not displayed on the team or personal page, the team/person won't be displayed on the leaderboard. Leaderboard totals reflect cash and checks marked "received" on the online sponsor form as well as credit card and PayPal donations. Team captains can enter as cash and mark "received" any money raised through promotions, such as bake sales and casual days and any sponsorship money paid to the March of Dimes, on their team's online form. Record all donations on your online sponsor form before you turn in cash and checks to the March of Dimes!

Our Journey with Elijah Elijah's journey has been nothing short of an absolute miracle. His fight began in utero as he battled growth restrictions, heart issues, and other complications. He had a less than 5% chance of survival and was delivered by emergency C-section at 25 weeks and four days. Elijah weighed just 15.2 oz. at birth and was in very critical condition. He had so many health complications because of his premature birth and was immediately rushed to the NICU. Elijah suffered from severe chronic lung disease and required a breathing tube to keep him alive. He needed major heart surgery at just two weeks old and spent days in a medically induced coma after he struggled to come out of anesthesia. He battled through eye surgeries, infections and brain bleeds that caused a massive stroke. We didn’t know then that cerebral palsy would make a huge impact on Elijah’s life. During our NICU journey, we met Angie, March of Dimes NICU Family Specialist. Elijah had many major complications when he was born, but we were never alone during the process. Angie, along with our amazing physicians, nurses and social workers, stood by our side every step of the way and helped us understand what was becoming our new life. We became family. We learned to celebrate the victories of the NICU journey, like graduating to a larger bed and transitioning from diapers to partially clothed to finally wearing a full outfit! Nearly four months after our journey began, Elijah came home. We brought home his monitors, and he was connected to tubes and wires. The very next night, Elijah was having issues breathing, and we were back in the NICU for another two and a half weeks before we were home for good. Our journey did not end there. Because of his severe preterm birth, Elijah had intense in-home therapy and was followed by multiple specialists as he continued to grow. When he was three, he was diagnosed with an extremely rare genetic disorder that causes developmental delays and intellectual challenges. Elijah is also non-verbal and on the Autism spectrum. The first few years of his life were difficult as he struggled through more surgeries, illnesses and new diagnoses. Nevertheless, Elijah has continued to show his strength. Elijah is a force! We have now come into years five and six smiling and ready for another year. March of Dimes has been with Elijah every step of the way. We truly have been blessed with one of the most beautiful miracles a person can receive, the life of a child. 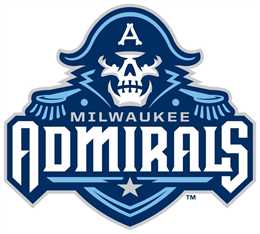 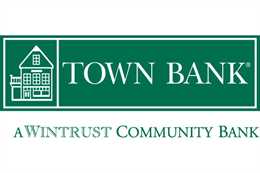 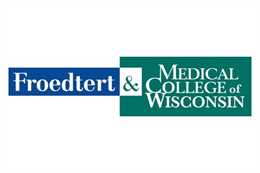