March for Babies: A Mother of a Movement™

Our country is facing an urgent maternal and infant health crisis. The U.S. remains among the most dangerous developed nations for childbirth, especially for women and babies of color. Together we need to UNITE, CONNECT, HONOR and CARE for families now. 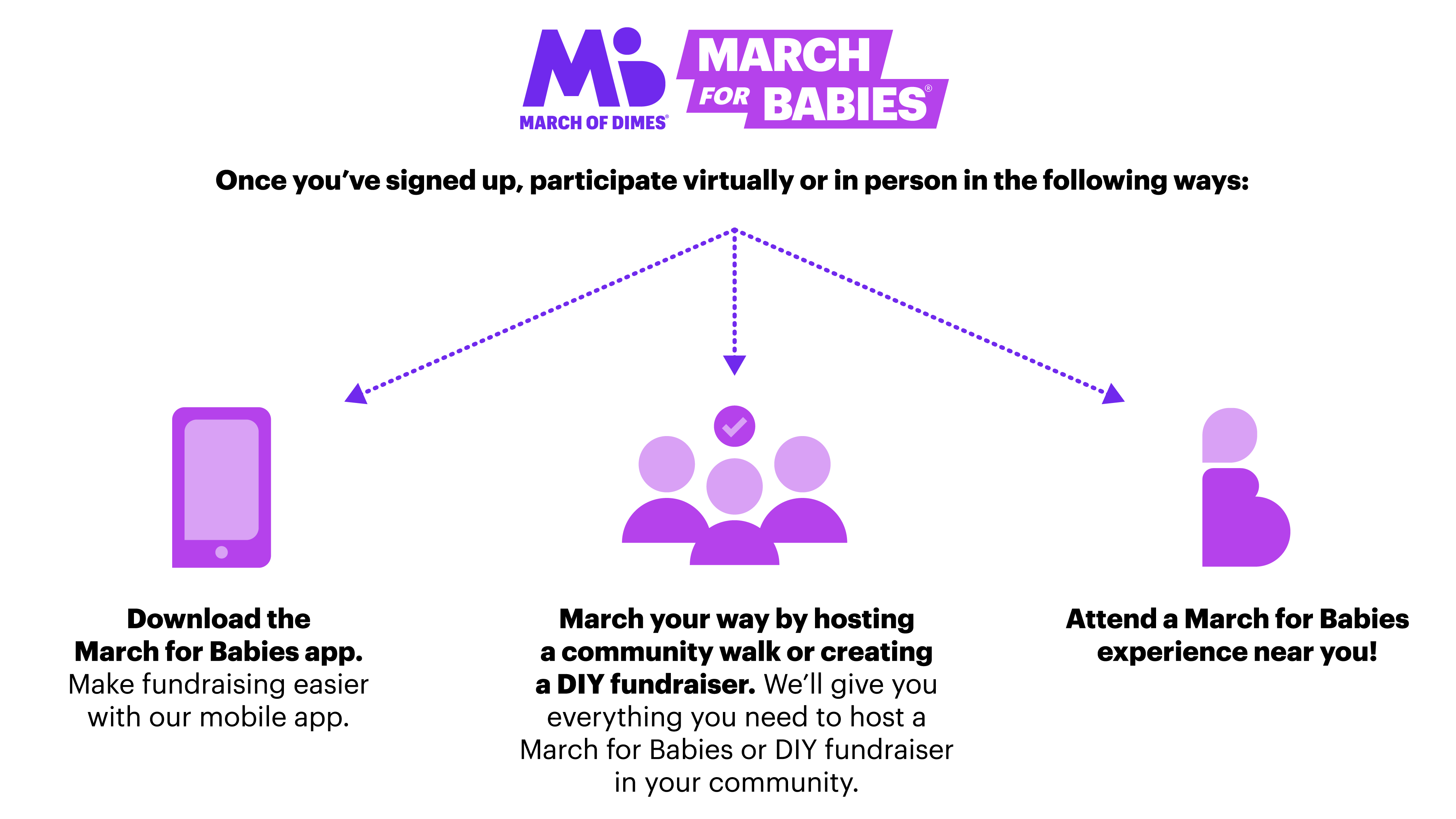 Download the March for Babies app.
Make fundraising easier with our mobile app.

March your way by hosting a community work or creating a DIY fundraiser. We'll give you everything you need to host a March for Babies or DIY fundraiser in your community.

Attend a March for Babies experience near you!

Together we'll fight to improve maternal and infant health, and ensure that every mom and baby gets the best possible start.

March for Babies: A Mother of a Movement™ is your chance to step up to make a real difference in your community now and for generations to come.

By joining us in this movmement:

for health equity, opening the door for all moms to have access to care and protecting the health of families by advocating for their rights.

year-round through customized challenges and team building activities that engage employees, families and friends who want moms and babies to be healthy and strong.

motherhood, babies and those who've experienced loss by staying active and creating change.

for all families throughout their pregnancy—whether it goes as planned or has unexpected challenges—by raising critical funds, so moms and babies get the best possible start.

WHY WE FIGHT FOR HEALTHY FAMILIES

Vital services to help moms and babies be healthy and strong are needed more than ever.