This year you can expect a number of family friendly activities throughout the entire morning. In addition to the 3.5k walk we'll have a 5k and 10k race route and a kids superhero sprint.  Come join the fun! 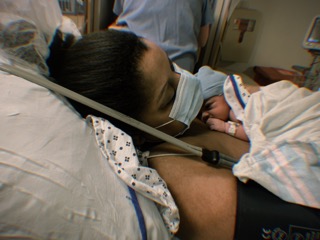 In March 2021, Sanya Brown’s high-risk pregnancy developed into an urgent health crisis, putting her life in danger. Sanya had postpartum preeclampsia with her first baby, and was at risk of developing the life-threatening disease a second time. Preeclampsia is a life-threatening hypertensive disorder which occurs only during pregnancy and the postpartum period. It is most often characterized by a rapid rise in blood pressure that can lead to seizure, stroke, multiple organ failure, and even death of the mother and/or baby. The racial disparities in preeclampsia rates are alarming: Black women are 60% more likely to develop preeclampsia than white women and more likely to suffer severe complications. During a scheduled non-stress test at 37 weeks, it was discovered that Sanya once again was suffering from elevated blood pressure that was consistent with preeclampsia. This time, the world was in the throws of COVID-19, so instead of having the support of family, Sanya was admitted to the hospital alone with the information that she would be having an emergency c-section that day. Her husband was soon allowed to follow, and their son Aiden Dominic Brown was born via c-section weighing in at 7 pounds 13 ounces and 21 ½ inches long. Even though he was three weeks early, Aiden was healthy, and the family rejoiced, but their celebration would not last long. Shortly after Aiden’s birth, Sanya suffered from postpartum hemorrhage (PPH), a condition that affects about 1 to 5 in 100 people who have a baby. PPH can cause a severe drop in blood pressure and if not treated quickly this can lead to shock and death. As is the case in many pregnancy and birth related outcomes, studies have shown that risk severe PPH is significantly higher for Black women than all other races and ethnicities. Thankfully, doctors were able to operate quickly to stop Sanya’s bleeding, but not before she had lost three liters of blood – half her body’s total volume. After additional surgery and a very challenging recovery, Sanya was finally able to return home to begin life with her now family of four. Data shows that the US remains among the most dangerous developed nations in the world for childbirth. It is even more dangerous for communities of color. March of Dimes is taking action to support policies and system changes that will lead to real and measurable improvements in health for all moms and babies. Every mom, baby, and family deserve an equal, healthy, and safe start. By joining March for Babies: A Mother of a Movement, you’re lifting communities, creating connections, and taking action to make America a more equitable place and ensure that every family like Sanya’s is healthy.

Friends of March of Dimes 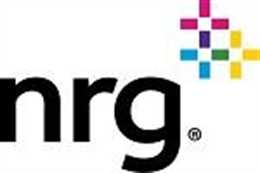