Social distancing can't stop us from fighting for healthy moms and babies who need us now more than ever. This year, #MarchForBabies is going virtual - so everyone, anywhere - can Step Up! with us

By joining March for Babies Step Up! you can fundraise in new, exciting ways, including through our new step-counting app and with fun virtual fundraising challenges.

By fundraising for March for Babies, you help support moms and babies during COVID-19 and beyond.

During this time of urgency given the COVID-19 pandemic, the need for March for Babies to Step Up! its support is even more critical. Babies can’t wait. Moms can’t wait.

Thank you for Stepping Up for moms and babies!

COVID-19 is only compounding the current maternal and infant health crisis facing our nation. While much remains unknown about the virus and its effects on pregnant women, unfortunately, we know from past public health emergencies that pregnant and lactating women are often overlooked as interventions to prevent or treat the disease are developed and distributed. As we face this public health emergency together, it is more important than ever before that we continue to fundraise and rally to fight for the health of all moms and babies. We need your help now more than ever!

I want to reassure you that our March for Babies celebration is still on! We need your help in continuing to rally the community around our cause for healthier moms and babies. We rely heavily on the engagement and fundraising activities in the time leading up to our event to support research, advocacy, and programs dedicated to moms and babies. We are excited to share new, virtual ways for us to connect and fundraise in the coming weeks. We will share more details here and by emailing our participants.

Top fundraisers
1
Karissa McLaurin-Watkins
$2,785
2
Kelly Perkins
$1,245
3
Courtney Dolecki
$1,031
Top family teams
1
Tiny But Mighty Jacee
$2,785
2
Clara Dolecki
$1,326
3
March of Dimes Awareness Campaign
$931
Top non-family teams
1
Yale Preemie Donnas
$100
2
Maritime Chevrolet
$21
*The total amount displayed reflects the amount on the team or personal fundraising progress bar. If the progress bar is not displayed on the team or personal page, the team/person won't be displayed on the leaderboard. Leaderboard totals reflect cash and checks marked "received" on the online sponsor form as well as credit card and PayPal donations. Team captains can enter as cash and mark "received" any money raised through promotions, such as bake sales and casual days and any sponsorship money paid to the March of Dimes, on their team's online form. Record all donations on your online sponsor form before you turn in cash and checks to the March of Dimes! 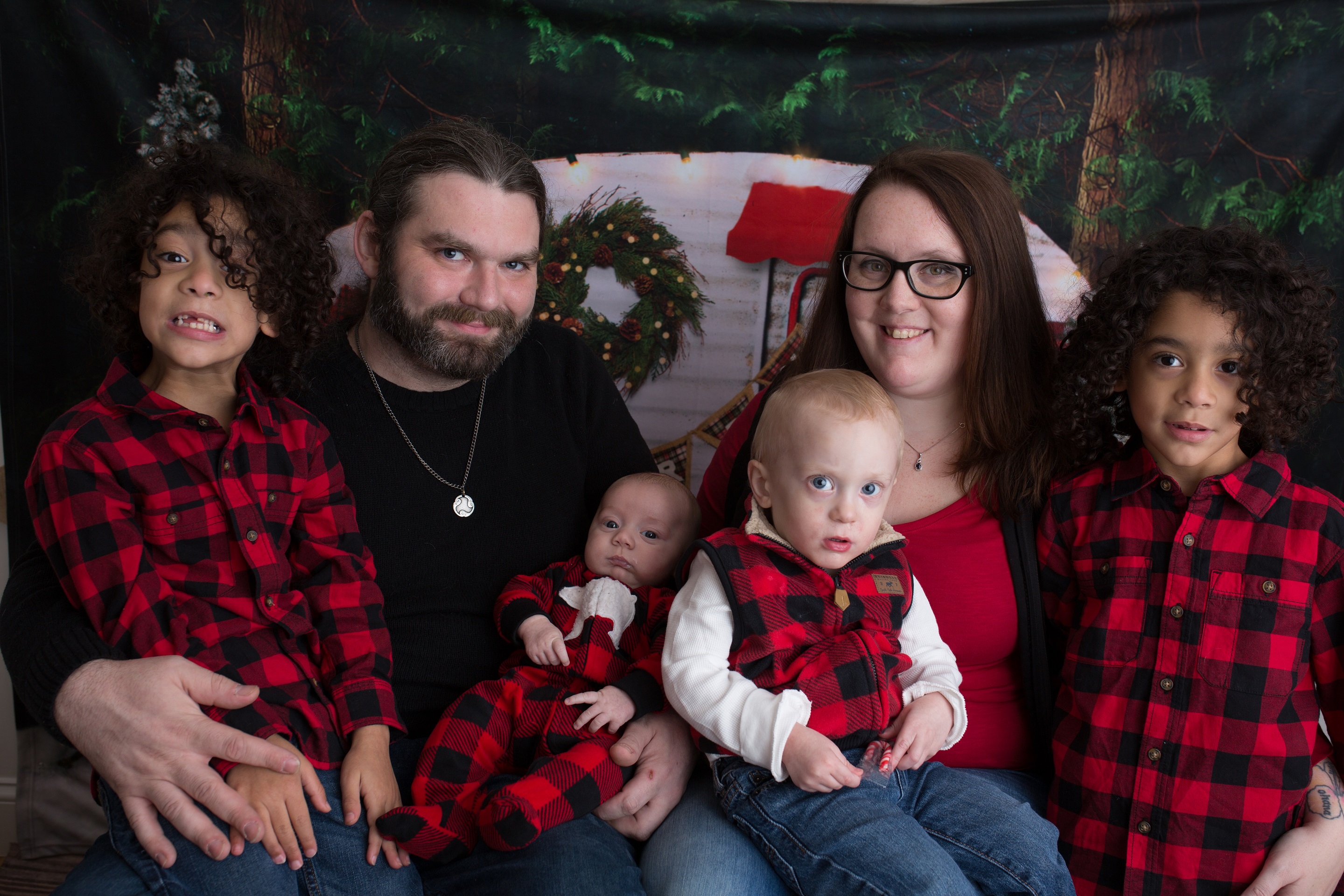 Raiden & Jayce started as mono-di twins, developed twin to twin transfusion syndrome which has a 95% mortality rate when left untreated, where one twin receives more blood flow and amniotic fluid than the other. The short version, one had too much, the other had too little and both were at great risk. I had corrective procedures at 23 weeks to slow progression of TTS and remove excess fluid as result of TTS, which was causing preterm labor. During the procedures, the membrane that divided their amniotic sac ruptured and left them in the same sac, making them “mono mono” twins, a risky type of twin pregnancy where they are exposed to each other, and their umbilical cords. I remained at Yale for a month on constant monitoring for their heart rates, because what can and did happen, is mono-mono twins can tangle their cords and send them into distress. Their heart rates were dropping and I was rushed into an emergency C-section, when they pulled them out, the doctors discovered they had tied a perfect knot. My NICU experience was like a huge storm with all the clouds having silver lining. It was the hardest, scariest, and most traumatic experience I could ever imagine, but at the same time, there was no place I would have rather been. Our hospital and support team was incredible. The twins had a “typical” NICU stay for 27 weekers, as typical as it can be. We struggled with infections, proper management and progress with their oxygen support and lung development, moving forward and holding off with feeds and feeding tubes as their digestive system struggled to develop on the outside. Their setbacks were minor, but many. It was as so many say, a rollercoaster. Slowly, but surely, their development continued and we checked off all the boxes to come home, but learning to be in tune with their needs, while understanding that even as twins they’d have their own timeline and write their own story was a learning curve for me. I wanted healthy, caught up, to hear “they’re ok” as soon as possible. But as much as everything could change in a moment in the NICU, some things just had to take time. One of the hardest things of having micro preemies is that without a specific “problem” to address, there is no one solution. There is one event, one definition, with unpredictable problems and even less predictable solutions. Eventually we let go of ventilators, feeding tubes, bilirubin lights and worked our way up to open cribs, tube free celebrations, and finally “wireless” babies. But strangely, a place where so many scary and traumatizing things had happened had become home and leaving was harder than I was prepared for. Yale’s team of doctors, nurses, and specialists is incredible, and made a scary and delicate time for both myself and the twins as stable and reassuring as I could have ever hoped for. Raiden & Jayce have struggled with lung development, asthma, and a weaker immune system since NICU discharge. We had frequent ER trips, as a cold for most of us turned quickly into bronchiolitis or pneumonia for them. They qualified for early intervention services where we received a home nurse, physical therapy, and occupational therapy for the first few years until they transitioned into a development program with our school system. It’s taken all 5 years of development, several specialists, and a whole lot of antibacterial to get their lungs and immune systems strong enough to handle public places, schools, and colds without hospitalizations. They still struggle with asthma, but with an incredible team of doctors outside of the NICU, we have a good handle on it and know to act quickly and aggressively to get them returned to being normal 5 year old boys as fast as possible and prevent issues during cold and flu season the best we can. They’ve had developmental delays and low muscle tone affecting their fine and gross motor skills. This was hard for them as they struggled to match their abilities with their needs and desires. At their latest PPT meeting at school, I laughed after their development assessment was reviewed that I never thought I’d be so happy to see a “report card” that described them as average. They still have areas to fine tune and grow in, but the obstacles they’ve overcome in the last few years have been in leaps and bounds. -Heather Johnson, 2020 Ambassador Mom of twins Raiden & Jayce, Parker, & Ethan