We are so excited to support March for Babies this year! We will be honoring not only Rylyn (our 25 weeker) but also our dear friend Lacie Ring (mother of the sweet girl pictured with Rylyn) who sadly passed away due to PPCM (pregnancy induced heart failure).

Since the birth of our daughter at just 25 weeks as well as Lacie's diagnoses of PPCM, my family has become huge advocates for babies and moms who experience preterm birth and pregnancy complications. My hope is to bring awareness to the challenges families like ours face as well as educate women on the warning signs of PPCM.

If I’m being honest, for the majority of our lives my husband and I knew very little about the NICU or March for Babies. We found out we were expecting our first childin October 2017. The day of our first appointment arrived and it started off as any other routine check. The ultrasound tech quickly found a heartbeat and we were over the moon excited. However, after seeing something on the monitor, the tech excused herself to go get the doctor. The doctor took a look and determined that I had what is called a septated uterus. Basically, instead of one big open space, I had a muscular wall cutting my uterus in half. The doctor quickly reassured us things looked good and besides briefly mentioning a higher chance for miscarriage, preterm birth and C-section, he sent us on our way. Me being the person I am immediately began researching once in the car, which led me to emailing the doctor a list of questions that he hadn’t addressed. Once again he reassured me that besides a higher chance for miscarriage, there was nothing to worry about right now and nothing special I needed to do.  My husband and I spent the next few weeks praying our little babe would continue to grow and remain healthy.

As time went on, we started worrying less and eventually found out we were expecting a baby girl. I seemed to be having a textbook pregnancy with no major issues. I was given no limitations and had no extra monitoring so I continued to work out and travel. The morning of March 21st, I woke up early and got ready for work. All throughout the night I had been having a strange feeling in my back and was very restless. I could not get comfortable but just assumed it was normal aches and pains. I was a teacher so the last thing I wanted to do was call in sick. Unfortunately, while driving to work the aches and pains suddenly intensified and I knew something was wrong. By the time I finished my 30 min drive, I was doubled over in pain and could barely walk. I immediately went to my principal’soffice and she called my husband to come get me. He rushed me to the ER, neither of us knowing what was going on. After being examined it was revealed that I was in labor. I was exactly 25 weeks that day so this seemed impossible. We were terrified. I was given steroid shots to help my daughters lungs and the nurses and doctors did everything they could to stop my labor. Sadly, nothing was working so I was whisked off to have an emergency C-section less than 5 hours after I had arrived at the hospital. We were told our daughter had a 50/50 chance of surviving the surgery and even if she did, it would be a long journey to bring her home.

Our daughter, Rylyn Jo, was born at 2:56 pm at the Huntsville Hospital. She weighed 1lb 8oz and was 13 inches long. I wasn’t able to see her but I heard her make the tiniest sound and knew she was alive. She was immediately intubated and taken to the NICU.  The next few days were a blur. I stayed as long as I could as a patient so I could see Rylyn whenever I wanted but eventually I was discharged and had to leave her. That was the worst day of my life. I can’t describe to you how it feels leaving someone so tiny and fragile, knowing any minute you could receive a call that the worst has happened. Thankfully we were blessed a million times over and Rylyn slowly improved and grew day by day. At 17 days old she no longer had to be intubated and I was able to hold her for the first time.  That was the best day of my life.  During her NICU stay Rylyn was on many types of breathing support and hooked up to monitors 24/7. Every day was a battle as she worked to gain weight, control her temperature and learned to eat and breathe all on her own. She went through constant blood tests, brain scans, eye exams, and x-rays. Her biggest hurdle was definitely her premature lungs. My husband and I went into survival mode and spent every day focused on being there for Rylyn while still taking care of the necessities for ourselves. Thankfully we were surrounded by family that did everything they could to support us. We also gained a second family in the nurses and doctors who cared for our daughter. They were our cheerleaders. They laughed with us and cried with us. They celebrated every little milestone because they knew just how important each one was. We will never be able to repay them for all that they did.

On July 7th, Rylyn was finally able to come home after 108 days in the NICU. She came home on oxygen and monitors but we didn’t care. We were just so happy to finally have her home. Of course preemie life doesn’t just end once you leave the NICU. Our lives have been full of doctors appointments, therapy sessions, feeding issues and lung issues. I ended up having to resign from my job to stay home and keep Rylyn in isolation so she wouldn’t get sick and back in the hospital. We have made many changes and sacrificies in our lives but Rylyn is turning four in March and she is truly our little miracle. She is a ball of energy, never stops moving and never stops talking. She is still tiny, weighing in at around 25 pounds, but considering where she started and all she has been through, we take that as a win! We are so very proud of her.

After surviving the preterm birth of our daughter and everything that came after, we have found that the general public knows very little about preterm birth and the complications that follow.  My husband and I had no idea what was behind those NICU doors and now that we are a part of this special group, we want to do our part to keep the group small. We were lucky, not every family has the happy ending that we have. We support March for Babies with the hope that with more research and education, every family will be able to have their happy ending.

Sort by:
Name Amount raised
1
Jordin Daughenbaugh
Raised: $96
Donate
2
Melissa Wolfe
Raised: $0
Donate
View Entire Team
The total amount displayed reflects the amount on the team or personal fundraising progress bar. If the progress bar is not displayed on the team or personal page, the team/person won't be displayed on the leaderboard. Leaderboard totals reflect cash and checks marked "received" on the online sponsor form as well as credit card and PayPal donations. Team captains can enter as cash and mark "received" any money raised through promotions, such as bake sales and casual days and any sponsorship money paid to the March of Dimes, on their team's online form. Record all donations on your online sponsor form before you turn in cash and checks to the March of Dimes! 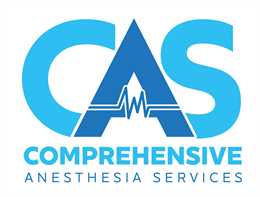 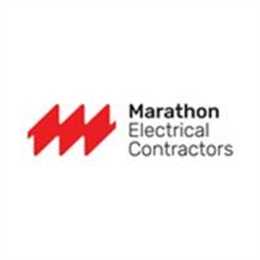