Long, long ago in a galaxy far, far away, Jeff and Christie decided to start a family.  They became pregnant with #1 and were beyond excited! The first half of the pregnancy flew by without any problems until about week 20. Complications arose, but Jeff and Christie were blissfully naïve and still did not worry until Christie was abruptly put on hospital bed rest. Shortly thereafter, on 3/3/03, Cameron Jeffery was born and died at 24 weeks gestation, weighing only 1 pound 10 ounces.  He looked like a perfect little baby boy, except that he was teeny tiny and too small to survive.

Needless to say, this took its toll on the Clarks and their optimistic naïveté.   Jeff came away with some physical scars after passing out in the delivery room, and they both had their share of emotional scars.  After some time, they did a lot of research and turned to the March of Dimes.  With their amazing doctor Super Scardo, they found the courage to try again, this time with a plan.  They became pregnant with #2 and were cautious and anxious all the way.  The plan went south at 19 weeks this time, and Christie was put on hospital bed rest two weeks later. She stayed in that bed for 8 weeks on various medications until Brady Ryan Clark was prematurely born at 29 weeks gestation weighing 3 pounds 5 ounces.  He came out fighting and has been raring to go ever since the day he was born. Brady stayed in the NICU fighting the battle of his life for almost 8 weeks before coming home.  These NICU days added many more gray hairs and wrinkles to Jeff and Christie, but the couple was absolutely delighted with their little bundle of joy and were thrilled to finally have him home.

A couple years later, Christie and Jeff had so much love for Brady that they thought they might try out Super Scardo’s Plan B and try to have another child.  This plan worked like a charm.  The entire pregnancy #3 went smoothly, and gigantic Jamison David was born full term weighing a whopping 7 pounds 5 ounces.  What’s better than that? He came home when Jeff and Christie came home.

Time passed and the Clarks were happy, but Super Scardo’s Plan B worked so well with #3…Why not try it out again?  They became pregnant with #4 and were a bit more confident throughout this pregnancy.  Amazingly enough, they found out it was a girl! How wonderful!  Though the Clarks couldn’t wait to see the new little girl that was to be born, she was even more excited to meet her family. Christie’s water surprisingly broke at 30 weeks gestation, and Emily Michelle Clark was prematurely born weighing 3 pounds 9 ounces.  Emily came out feisty and had a bit of an easier time in the NICU.  She came home just over a month after being born and has been a delight to the family ever since.

Through it all, the Clarks learned a lot about prematurity, about faith, about love, and about how much the March of Dimes does to help save little babies like theirs.  That’s why they walk every year for the March of Dimes. They walk in honor of Brady (now 17), Jamison (now 14), and Emily (now 11), thankful that they have them to hold and love.  They walk in memory of Cameron (now gone for 19 years), sad that they don’t have him to hold physically, but grateful that they have him to hold and love in their hearts.

Sort by:
Name Amount raised
1
Christie Clark
Raised: $0
Donate
2
Jeff Clark
Raised: $0
Donate
View Entire Team
The total amount displayed reflects the amount on the team or personal fundraising progress bar. If the progress bar is not displayed on the team or personal page, the team/person won't be displayed on the leaderboard. Leaderboard totals reflect cash and checks marked "received" on the online sponsor form as well as credit card and PayPal donations. Team captains can enter as cash and mark "received" any money raised through promotions, such as bake sales and casual days and any sponsorship money paid to the March of Dimes, on their team's online form. Record all donations on your online sponsor form before you turn in cash and checks to the March of Dimes!

Recent donation and sponsor messages.
$618.00 was donated by Anonymous
5 months ago
"" 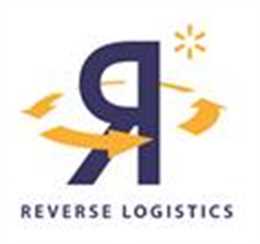 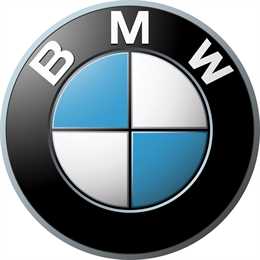